We’re delighted to see Mark Birchall, from the wonderful Moor Hall is representing West Lancashire in the 2019 Lancashire Tourism Awards.

This award recognises people working in the tourism industry who go above and beyond to make sure visitors to Lancashire have an unforgettable experience.

Chef Mark Birchall was born in Chorley, where he trained at Runshaw College. His nomination as Tourism Superstar comes as recognition for his championing of Lancashire and the creation of a it’s status as anationally recognised gourmet destination.

During his 20+ years of experience he has been Executive Chef of 2* Michelin L’Enclume in Cumbria, and won the Roux Scholarship in 2011, the premier competition for chefs in the UK. He also worked at El Celler de Can Roca, Girona, a 3 Michelin Star Restaurant owned by the Roca Brothers, twice voted the world’s best restaurant.

In 2015 Andy and Tracey Bell acquired Grade II listed Moor Hall in Aughton and together, with friend and business partner Mark Birchall, transformed Moor Hall into a beautiful restaurant with rooms. The creation of his own Lancashire-based restaurant was a labour of love for Mark and his wife Jennifer, who works alongside him.

Since opening in March 2017 Mark’s talent in the kitchen has brought Lancashire food and drink to greater national attention, winning a first Michelin Star in October of the same year. Just a year later he was celebrating a second Michelin Star – making the hitherto quiet rural town of Aughton in Lancashire, one of the most desirable destinations for lovers of fine dining and unique gastronomic experiences and attracting visitors from all over the world. The accolades continue to flood in and in June this year Moor Hall was crowned number 1 restaurant in the UK, an award judged by 200 experts including food writers, chefs and restaurateurs.

Mark and his team at Moor Hall have without doubt helped put the spotlight firmly on Lancashire as the place to visit for culinary excellence and added great weight to the county’s flourishing food and drink scene.  A champion of Lancashire food and drink throughout his career, Mark creates delicate produce driven menus inspired by Moor Hall’s exceptional surroundings and homegrown ingredients – wherever possible grown in Lancashire soil on the 5-acre Moor Hall site or from suppliers close-by. 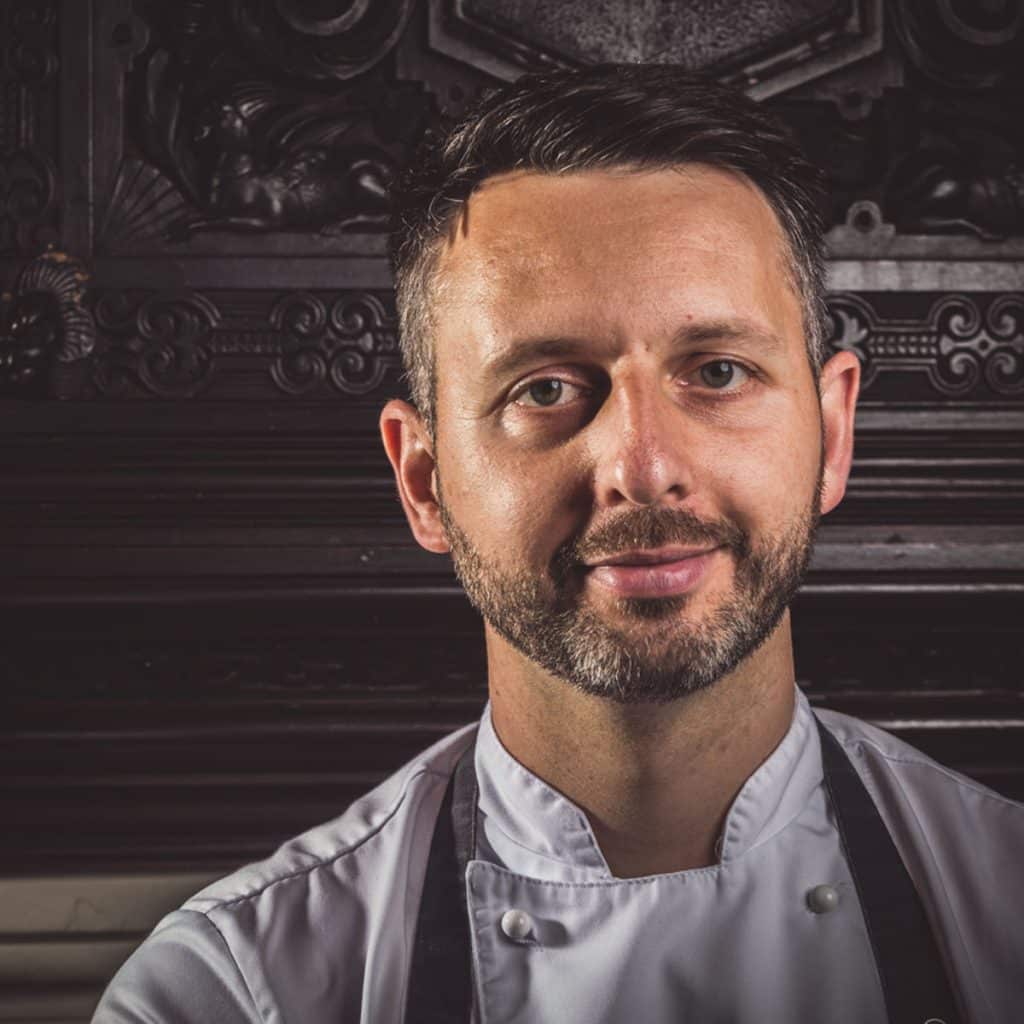 We hope you’ll join us in supporting Mark to bring home this fabulous award.